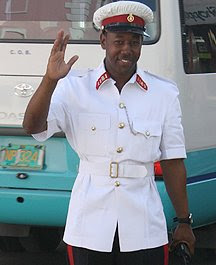 Just 24 hours earlier, I had been in Freeport, wishing for Bahamian food to go with my Bahamian beer. Now I was in Nassau, and my wish was coming true.

There was nothing methodical, really, about my search for ‘a little Bahamian mom-and-pop’ … just keeping my eyes open as I walked the streets of this island nation’s capital, making some stops as planned, and others as the situation arose. My family was part of an excursion group to the nearby Atlantis resort, and I was free to set my own itinerary, eschewing a guided van tour of the city in favor of one on my own feet, on my own schedule. 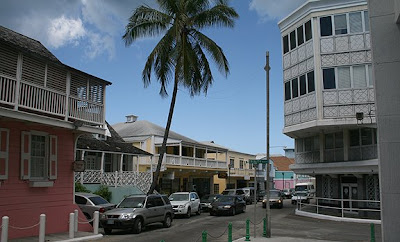 I’m glad I did … it allowed me to find just the place I wanted for lunch!

It was already mid-afternoon, I had seen most of the sights I had planned to see, and had discovered a couple of others along the way. I had promised to stop-and-shop at the Tortuga Bakery (famous for its rum cake) and was looking for that while looping back towards the berths for the cruise ships, when I saw a small sidewalk sign for the Bahamian Bar & Restaurant. It had not shown up on my tour map, but I liked what I saw on the menu posted on the sign … I went in. 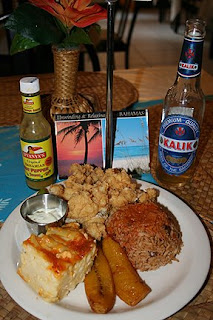 I’m glad I did … half-an-hour later, while visiting with restaurant’s owners, I was sitting down to a very full plate of cracked conch, peas & rice, Caribbean macaroni & cheese, and fried plaintains … all washed down with bottles of cold Kalik beer, brewed in Nassau by Commonwealth Brewery, Ltd.

I had never had conch before. It was served with some tartar sauce (which I did not try) and some local hot sauce made from yellow peppers and spices (which I DID try) … but I liked it best with just a little fresh-squeezed lime.

NOTE: These posts have been delayed a week, as I focused on enjoying the actual world … then writing about it in the virtual world.
Posted by Jeff at 12:55 PM

Some of the early ones were posted from a boat, such as the one about the missile, right? If so, how did you get access to the internet? Did it cost anything?

Just curious about how that gets done.

George, if I wished, I had access to aninternet lounge, and to WiFi in our room - for a fee. Also, my iPhone allowed for Internet access, along with regular phone service - though I would have had to use a pricey at-sea service.

What's up with that Mac and cheese? Looks more like bad bread pudding...

Howdy, Miss Pattie. It's Caribbean-style ... more of a macaroni-and-cheese casserole. It actually reminded me of the more traditional (pre-Kraft) dish my mom and my grandmother would make, where ingredients are mixed, then baked, rather than just stirred together on the stovetop.