I’m going totally nuts in Texas … and I’m not alone.

It has nothing to do with the company I’m keeping, though there are those who would question the general level of sanity among us here in the Lone Star State. No … in this case, it’s all about the nuts themselves … and not just any old nut, either.

Carya illinoinensis – more commonly known as the pecan – is a member of the Juglandaceae family, a worldwide gathering that includes several genera and many, MANY species. Until the 16th century, collection and consumption was a confined to native Americans in Mexico and southern portions of what would someday be the United States. Spanish explorers in these areas brought appreciation for the pecan back to Europe with them.

Back on this side of the pond, the passing of time and major changes in society did nothing to alter the pecan’s attraction. Thomas Jefferson grew trees of the Illinois nuts at Monticello, as did George Washington at Mount Vernon … well, at least they oversaw the growing of said trees on their plantations.

In 1919, the Texas Legislature officially designated Carya illinoinensis as the State Tree of Texas, and Native Pecan as State Nut. The town of San Saba, Texas proclaims itself to be “The Pecan Capital of the World” … and they have good cause for said claim – look it up!

Depending upon where you are, pecan nuts start dropping from the trees in mid-to-late fall. I’m one of many, MANY people who have been busy harvesting this year’s crop. On evenings that I’m at home, once dinner and dishes are done, I have a shelling station set-up in my living room, and I’m watching TV while working. I sort the shelled results by ‘whole halves’ or ‘pieces.’ Some results will go in the freezer for use in the months ahead, while the rest goes on the shelf for use now … pralines, pecan brittle, spicy party mix, and pecan pie.

A sad story I once heard at the Lyndon B. Johnson National Historical Park, involved pecan pies …

That included the baking of pecan pies for dessert that weekend - a special recipe created by Claudia “Lady Bird” Johnson, herself. Work in the kitchen and everywhere else halted at mid-day when they received news that President Kennedy had been shot in Dallas, followed shortly after with news that he had died, and later that Johnson had been sworn-in as President.

In so many ways – most of them wonderful, and at least one of them terrible – the pecan is a part of the Lone Star State, its history, its culture and its image …. and the reason I go nuts in Texas, year after year.

Here are links to some of my favorite pecan recipes …

Slipping Back Into an Old Habit

I know, I know … this is that time of year for resolutions, for goals, for breaking away from habits and all. But for me, this time around, it’s a time to slip BACK into an old habit I once had.

It was almost two years ago, now, that I had enough of people commenting upon my appearance, and finally went to see the family doctor. I felt fine, really, but I decided to get a professional opinion.

Little did I know that I was stepping into the ring for the first round of my Texas Cancer Smackdown.

But that’s what it was. It’s an ongoing thing … starting with the initial problems that were fixed – and led to my cancer diagnosis. Then there was the surgery, the chemotherapy and many, MANY tests to check my progress – or lack thereof.

As an e-acquaintance of mine has noted on another forum, there’s a lot more to it than that as you – and everyone close to you – has to embrace a new normal. That was the case for me, as well, as I embraced a variety of changes to my normal … some of which I really hated.

One of those was blood donation. I had been a regular donor for more than 35 years, and it was important to me. And it became more important as people fell prey to fabricated scares of the process, and blood donations dropped. Another factor … I have blood type O-, the ‘universal blood type’ which can be transfused to almost anyone in need, regardless of their blood type.

All that came to an end two years ago, though. And it bugged the hell out of me, especially when the news would carry special pleas for donations from the Red Cross and the blood banks.

I finished my final chemotherapy infusion on January 1, 2017. Because of the type of cancer I had, I was not allowed to donate blood for one year … but I would be able to donate once again (with some types of cancer, you can’t, ever). The local donor center for United Blood Service is closed today. I could go in tomorrow, but one of the UBS staffers asked if I might come in when she’s there, on Wednesday … you got it!

This week, as others are resolving to break old habits, I’m going to embrace one … and I feel pretty damn good about that. I’m winning another round of my Texas Cancer Smackdown! 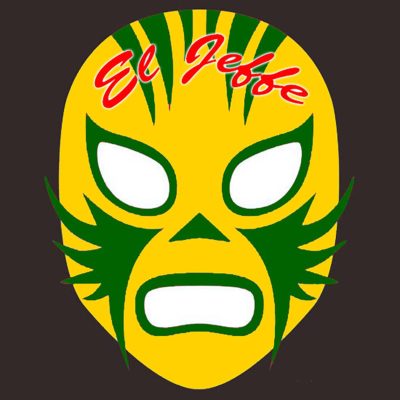