My problem with Patriot Day


It's been just under fifteen years, now, that Joint Resolution 71 passed through the U.S. House of Representatives, then the U.S. Senate, then was signed into by law President George Bush, proclaiming September 11 as Patriot Day. This followed President Bush's proclamation of September 14, 2001 - just three days after the horrific terrorist attacks of '9/11' - as a National Day of Prayer and Remembrance. Personally, I think President Bush had the right idea in that proclamation, perhaps realizing that there was more to what we experienced that terrible day - and the days and years that followed - than just patriotism.

You see, I have a problem with labeling 9/11 as Patriot Day ... I believe there was so much more to those attacks, and to the response of people on-the-scene, across our nation and around the world, that was deeper than an emotional attachment to a nation.

I have no doubt that there were patriots among the firefighters who and police officers rushed into the Twin Towers that day. But they were also responding to a call of duty, fulfilling an oath they took upon graduation from the academy, with their hand upon a Bible, closing with 'so help me God.'

Was it strictly his patriotism that led Mychal Judge, O.F.M. - a Franciscan friar and Catholic priest who served as a chaplain to the New York City Fire Department - to enter the lobby of the World Trade Center North Tower, where he continued offering aid and prayers for the rescuers, the injured, and the dead until debris from the collapsing South Tower sliced through the lobby, killing him and many others?

On the far side of the world, I believe there was something more that patriotism at work when a Thai village delivered an illustrated letter of condolence to the U.S. Embassy in Bankgkok, for the people in America. and in the months following the attack, the Japanese government found a way to support America's war in Afghanistan with non-combat support troops, in spite of Article 9 of the Japanese Constitution - drafted in the wake of World War II - that forbade use of Home Defense Forces abroad.

These are just a few examples ... I'm sure you can offer others ... and I welcome your contribution. You may also offer examples of how I'm wrong, that this 9/11 is aptly labeled Patriot Day ... I welcome those contributions, as well.

BUT ... whatever you call it, please find some means in your mind and in your soul, to mark this day. 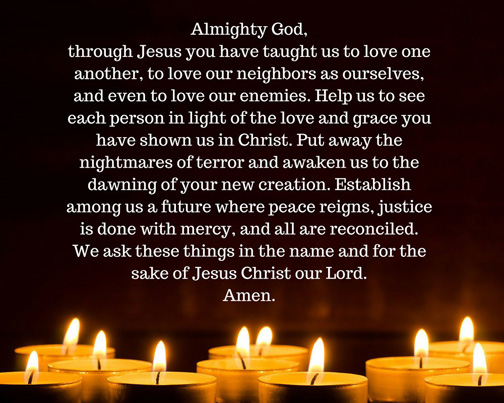 Posted by WestTexasMissioner at 12:05 PM