• Part 1 of my argument AGAINST blanket divestment

As the General Assembly of the Presbyterian Church USA meets in St. Louis this year and considers demands for an immediate and total, blanket divestment of the denomination’s investment funds from “fossil fuel producers,” I have to ask … is blanket divestment the answer? Shouldn’t we, instead, consider reinvestment of those funds into responsible – even moral – fossil fuel producers?

Let me give you some idea of my background – the context in which I am composing this post, and future posts on this topic. It’s important to the consideration – if any! – that you will give to what follows …

For the past 34 years, I have lived and worked in and around the city of Midland, in the western region of Texas … smack-dab in the middle of what they call ‘the oil patch.’ There is some cattle and some cotton in the foundation of this community, but most of Midland today is built upon the energy industry, and the production of oil and natural gas plays a major -even predominant role – in our local economy.

I do not work directly for the energy industry … though I have been happily married those same 34 years to someone who is. As for me, I first worked in in this part of Texas as a contract archaeologist … but my vocation has changed more than once with the ups and downs – especially the downs! – in the energy industry over the past three decades. So I have also worked as a television writer/producer, a newspaper reporter/editor, a website/social media manager, and for the past ten years as a website editor for a community college.

This has given me a tremendous opportunity to observe the industry ‘up-close and personal,’ as we used to say in the news business. I suggest that I might have more insight than some others into the industry, its people, its technology and practices, and the changes in said technology and practices. I have seen, reported-on and learned from – to borrow a phrase from a movie title – the good, the bad and the ugly of fossil fuel production … and the beautiful, as well.

Let me qualify that last paragraph, though … my experience observing fossil fuel producers has been exclusively with oil and natural gas. I have no such current experience with the coal industry, and I am not qualified to comment upon changes that may have taken place in their technology and practices. When it comes to coal, all I have to go on are the 55-year-old memories I have of that industry – actually, the remnants of that industry – in the Wilkes-Barre/Scranton area of northeastern Pennsylvania … observations which helped to firmly set my course down the environmentalism path as a teenager way-back-when.

Anyway, that is where I come from. Where I am going, in the weeks ahead, is to develop my pro-fossil fuel thesis, and to suggest options for a position within the Presbyterian Church USA that still promotes protection and restoration of God’s creation, yet encourages responsible – even moral – energy production that includes fossil fuels. Thank you for your time in reading the above. I welcome any comments you wish to make in the space below … regardless of your stance on fossil fuel production. It is my hope that this will be the start of a discussion among those who ultimately share a common goal, a common destination … though for now, we may be reaching it by different paths. 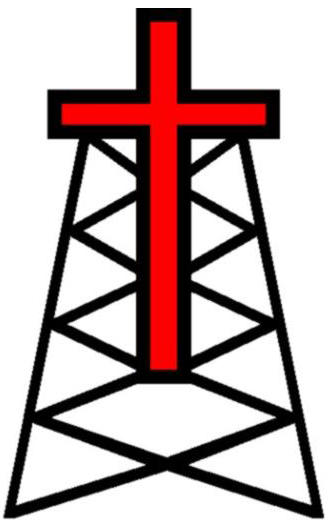 This is a great suggestion. keep on posting

very informative i love to see more of your post.

We found Baytown IT Support said...

Gotta love to this guy for his experience. Thanks for sharing it to us.

best of luck on developing your pro-fossil fuel thesis, please keep us updated.

Very helpful piece of info thanks for sharing.